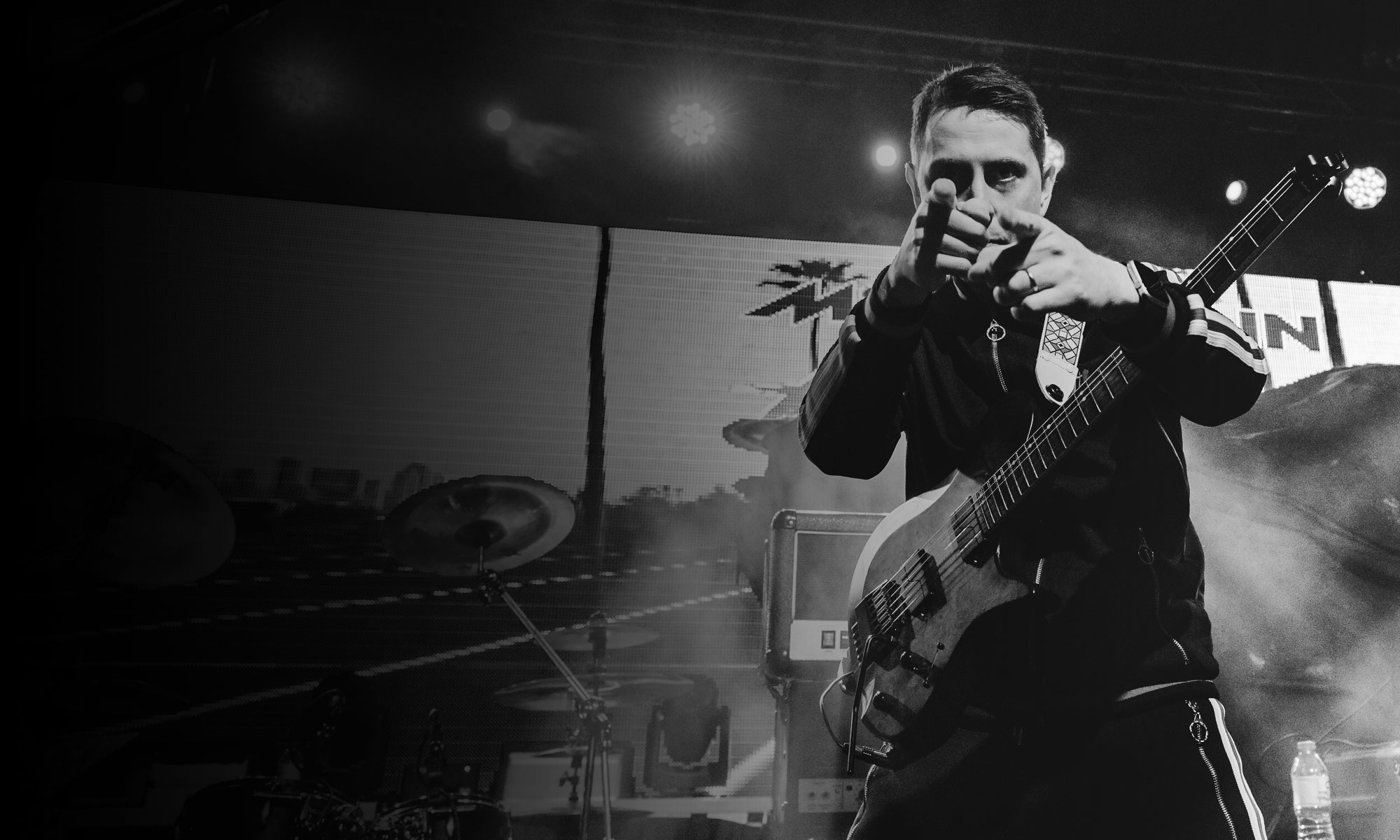 Thomas McRocklin started playing the guitar at the age of 4!

By the time he was 7, he was already performing on stage, often in places where children weren’t normally allowed. He’d have to wait in his dad’s car, right up until the last moments, until it was time to grab his axe, jump on stage and start shredding!

Thomas’ first big break came when he was asked to open for Ozzy Osbourne in Thomas’ hometown of Newcastle upon Tyne, when he was just 8 years old.  A string of TV appearances and magazine spreads then followed. Thomas was also managed by Peter Grant (Led Zeppelin) for a short while.

Thomas went on to feature in Steve Vai’s music video “The Audience is Listening” and Steve became a close friend and mentor to the young guitarist.

Thomas was also featured in the Warner Bros documentary ‘Legends of the Guitar’ by Jeff ‘Skunk’ Baxter, at the age of 11, along with guitar greats such as David Gilmour, Tony Iommi, Eric Johnson and Mark Knopfler.

Soon after, A&R executive John McClain spotted Thomas whilst playing for Ibanez, at the NAMM Show in LA, which lead to Thomas joining interscope records.

Thomas signed to Interscope Records as the youngest ever artist to be on their label at the time, and the band Bad4Good (B4G) was formed around him.

B4G released an album which was co-written and Produced by Steve Vai.

Following the release of their album, which received lots of radio play, the band went on to play many gigs around California and also supported Joe Satriani on tour in the US and Canada.

Around this time Thomas also joined Zakk Wylde, Steve Lukather, Stu Hamm and others on stage for the Jason Becker Benefit concert.

After returning to the UK Thomas released his own solo album ‘91 – 95’. He then became more involved in the production side of music which later lead to becoming a mastering engineer and also fuelled his interest in electronic genres of music.

More than 20 years later, he is back on the guitar scene and producing new music for discerning guitar fans!